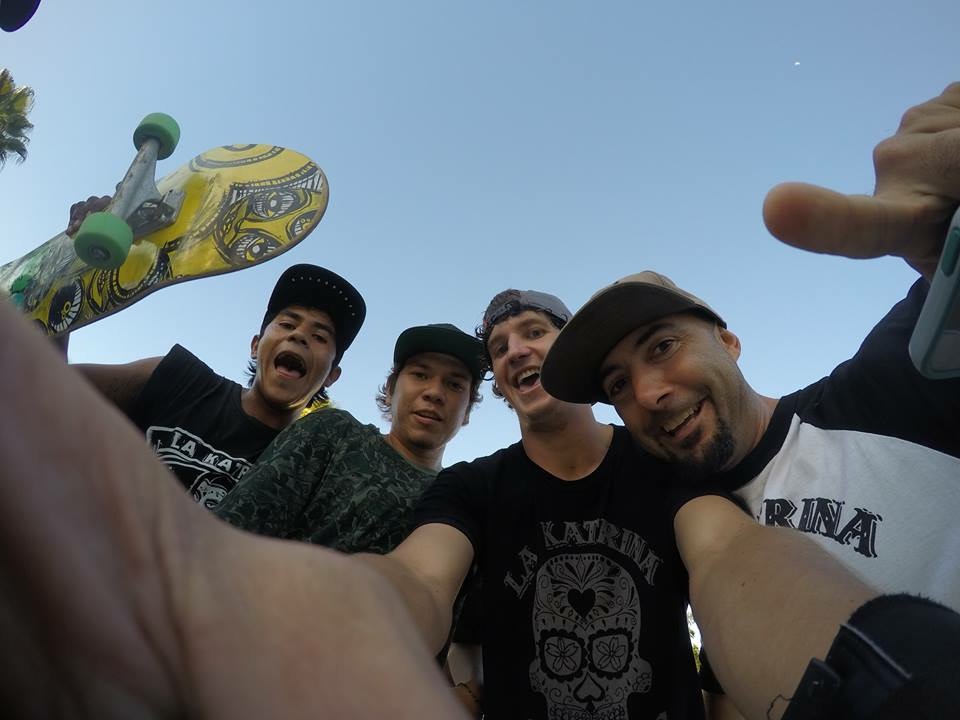 Down a dusty side street off the Todos Santos’ main drag is a vortex of all things cool. If you skate, if you surf, if you love Baja you’ve probably walked through the door of La Katrina Surf Shop. It’s got a vibe of stepping back into your favorite vinyl record store of the 80s. However, instead of records your eyes are bugging out to the array of surf/skate/Baja gear. Posters from local concerts and contests plaster the walls. Local salty surfers drop in for a “how was it?” All of which just feels right in this Pacific side town of Todos Santos, B.C.S. 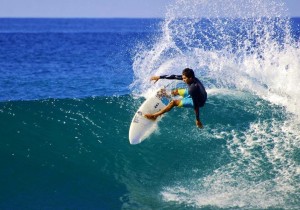 Much has to do with the owner, Aaron Balducci, a man seemingly cut from the cloth of a Mexican blanket seat cover. He gets what makes Todos Santos an epic place and isn’t content with being just another retail store. Aaron sees La Katrina as part of the surf/skate community. When you find yourself in his store it’s hard to argue he hasn’t succeeded. Local kids (of all ages) love to hang out, talk waves, and dream up their next board, trucks, or fin combo. Further proof, it’s pretty hard to wander anywhere in this town and not see a La Katrina T-shirt staring back at you. 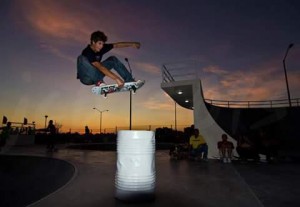 La Katrina has become a major sponsor to local riders, both surf and skate. “I believe in giving back,” relates Aaron, “The local kids, the scene, they all play an integral part in who and what La Katrina has become, a roots shop that does its best to keep the scene here alive and well.” These sponsorships go a long way with getting local talent from the Todos Santos area a spot at contests and an opportunity to develop careers in the skate/surf industry. 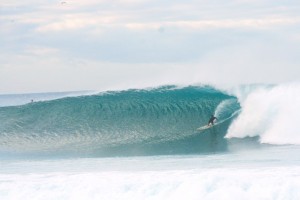 When asked what work is done by the La Katrina riders as part of their sponsorship Aaron answers, “SHRED. They gotta go for it, no excuses for not skating or paddling out. Its what they do, its what they love.” In addition to supplying gear for the riders, the La Katrina crew helps riders prepare for upcoming contests. Helping them know “how they can work on their strategies to make it out of their heat and into the next round. And of course help them put the time in to hone their skills.” 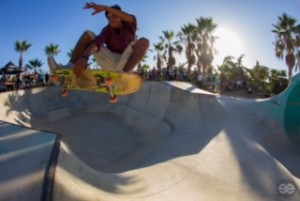 It’s easy to see this surf shop in the tiny Pueblo Magico is a major labor of love for Aaron and his crew. Yet, one that comes with some great rewards. “Hanging out with the kids, seeing them get amped on landing a trick or getting barreled, and continuing to be relevant in a scene which I grew up in” is what it’s all about for Aaron. 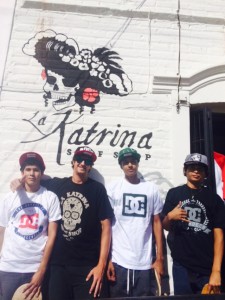 Lastly, TodosSantos.cc asked this owner of a small town surf shop what do you want people in Baja Sur to think when they hear La Katrina? “Ha! I want them to think my shop is RAD! Period.” 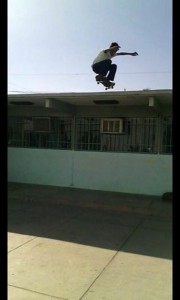 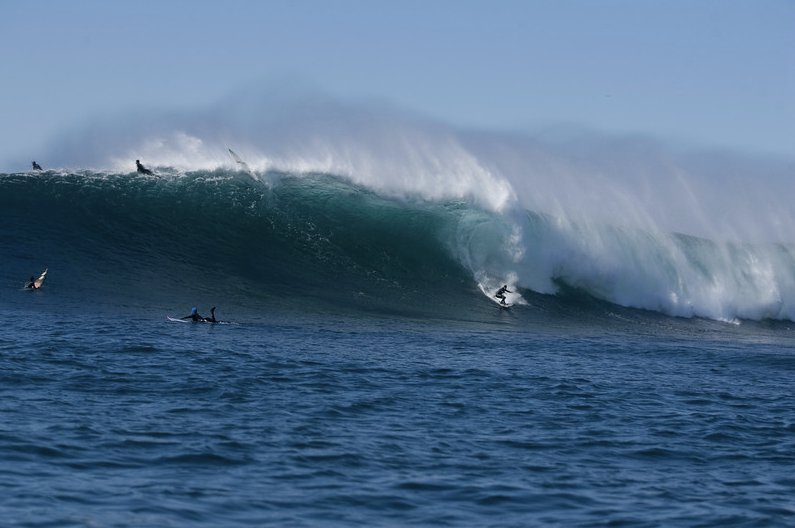 La Katrina rider Diego on the gun , under the barrel.